This sweet boy, my 5 year old nephew Louis, has been abducted by his Japanese mother. The pictures here are the last pictures I took at our family gathering in December 2009. Little did we know that it was the last time we were to see him.
Louis (or Rui, his Japanese name) had been taken to Japan by his mother on a “business” trip in June 2010. They were expected to return to their Manhattan home in 3 weeks. The mother used all kinds of excuses to delay their return, only to buy time to settle in her home country, Japan. She never had any intention of returning to the US with Rui. Her flight was meticulously planned where she left little behind.

Unfortunately, Japan is a notorious country for parental abductors. It never signed the Hague Abduction Convention, which provides an expeditious method to return a child internationally abducted from one member nation to another. And there is no sign for Japan to change their civil codes to allow for joint custody or visitation rights of the left-behind parent. Japan has become known to be a safe haven for parental child kidnappers and do not recognize foreign custody rulings.

My brother-in-law, Brian, is heart-broken and has fallen into a deep depression from his loss. He is deprived of the most precious being of his life, and being deprived of the basic right as a father and legal custodian. At the same time, little Rui has been denied access to both parents when his mother unilaterally removed him from his home country, the United States. No doubt this is causing irreparable psychological damage to little Rui. As a part of the extended family, we are saddened by this unconscionable act by a very selfish woman who is protected by the Japanese courts.
I’m appealing to my readers to please spread the awareness of this serious injustice. We want the US and other countries to continue to put pressure on Japan to sign the 1980 Hague Convention and to resolve this social problem. On a selfish note, yes, I would like to watch this sweet boy grow, to see him laugh and read, to hear stories about his school and friends, and to attend his college graduation.
If anyone sees him in Tokyo, please tell him that his American family loves him dearly and is longing for his return to his daddy in New York.

Rui with my son, Cousin Wesley
To read more about Brian and Rui, you can follow Brian’s blog or tweets.
Posted by tkmetalarts at 3:41 AM

I am deeply saddened to hear this news T. I hope that your family can work out a solution and that Rui can once again be part of your life.

I am sorry to hear this news about your nephew. I hope that your sharing your story and helping to raise awareness will help the family in the US become reunited with Rui.

Hi, Teresa,
I'm so glad to see you're doing this for Rui and Brian. What a tragic situation that no one should ever have to experience. And yet a little boy and his doting father are having to endure the worst. Let's hope for a reunion between those two, soon!
Jeff in Austin

Thank you all, for your kind words and support. We are keeping our fingers crossed that this ordeal will be over soon. 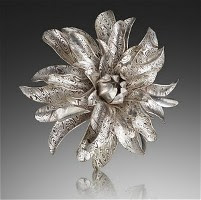 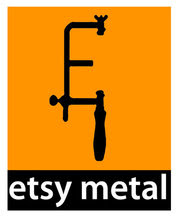 This is a Flickr badge showing public photos and videos from tkmetalarts. Make your own badge here.